Come on down to the shop and celebrate the season of wine and song and all things good and cheerful. Bring whatever you have, but just yourself will do. Zac and the Dudes will be playing live around 7ish 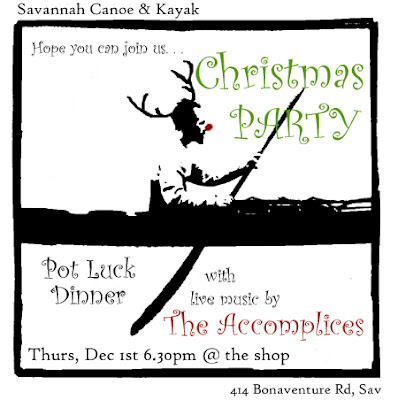 Posted by Savannah Canoe + Kayak at 12:22 PM No comments:

Yesterday at the beach.
Fortunately the paddler was an hour early for his class on the front side of Tybee Island.
The tide was mid-flood and a large family group were wading across the outer bar to the flats. 'Bad news' thought the paddler, observing no life guards on duty and a soon to be unfolding scene of 'not good' proportions.
From a distance, it was obvious the young black family were oblivious to their life threatening predicament. By the time the paddler reached the family, they had started to clue into their situation.
"You need to go back the way you came, very quickly." explained the paddler without wishing to alarm the the 4 kids.
By this time the ocean was now spilling rapidly over the flats, no longer just coursing through the channels. Wading would probably no longer be possible, thought the paddler.
"So we put the 5,7 and 8 year old on the SOT". After instructing the the oldest boy (12) and the two parents to hold tightly onto the kayak, the group started to wade and then swim across the now very fast moving, deep channel. The kids started getting scared and it was slow going, but finally, after a fair amount of effort, they were able to touch down again on solid sand of the south end of Tybee.
A beach walker came up and said he was about to call 911.
The paddler thought 'I'm outta here', and went and taught his surf class.
Posted by Savannah Canoe + Kayak at 6:35 AM No comments:

Stuffing Stocker... for the Hols 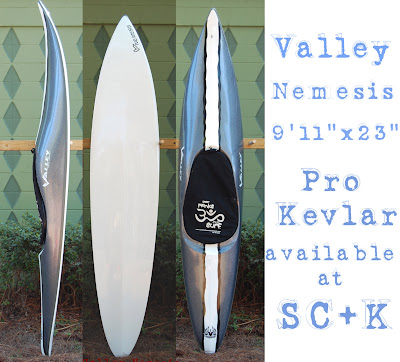 Posted by Savannah Canoe + Kayak at 3:40 PM No comments:

From Dave Chaffin...
We just received word that a rare vagrant species to coastal Georgia 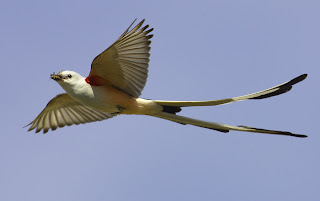 was found by Sandy Beasley (Ogeechee Audubon’s president) and Brenda Brannen this morning. Diane Churchill is currently there taking photos of the bird, which has been frequenting Tybee.
Posted by Savannah Canoe + Kayak at 4:36 PM No comments:

With over 15 different Surf Kayak models in stock, we love nothing better than to be able to offer surf kayak demos... after all, the proof is in the pudding. However, over the years, we have seen several surf demos end up in 'tears'.
The latest demo destruction we witnessed was at the 'Worlds', when Valley Surf Kayak's beautiful Nemesis was badly abused to the point of unusable. "You break it. You take it" seems a bit harsh and will not win any goodwill or lasting patronage. Putting down a $250 deposit for any damage may cover repairs, but will not cover loss of value. So yes, we are reluctant to do demos in the surf, unless the client: a/ Already has a composite surf kayak. b/ One's paddling and surfing ability are known to us and c/ The conditions are suitable. Flat water demos are a great indicator to a boat's paddling performance and fit. We can arrange flat water demos to anyone, at anytime in any boat.
After all, the kayaks we sell all surf like demons, and you would not want to end up like the poor No Comment Girl on TV.


Too late, you missed it. We have disabled the video of no comment Girl. We figure she is lucky to be alive and needs to be spared further Internet ridicule and embarrassment.
Posted by Savannah Canoe + Kayak at 9:07 AM No comments:

As Savannah braces for the coming of thousands of marathoners this weekend, we would like to pass on this announcement for the return of the Jerry Jaycox Fort Pulaski Wheelie NEXT weekend, after all the foot-racing hubbub dies down. The Wheelie will begin around 2pm on Sunday, November 13. 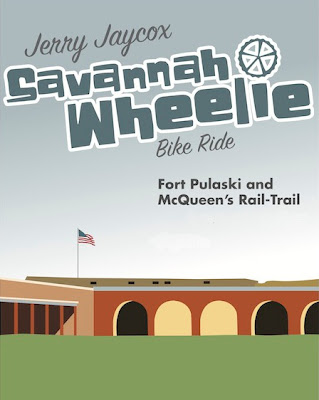 The ride, now in its fourth year, is named for founding SBC board member Jerry Jaycox who passed away riding his bicycle. The ride will again take riders of all abilities through the trails and dikes of Fort Pulaski and include a spin out to the McQueen’s Island Rail Trail which parallels the south channel of the Savannah River (The trail runs along the old Savannah-Tybee Railway corridor). The ride will be about an hour (and you’re free to wander around longer, if you’d like), much of it on non-paved surfaces, and so fat-tire bikes are recommended, though it can be successfully negotiated with a hybrid or road bike. Entrance to Fort Pulaski and all national parks that weekend is free in honor of Veterans Day!
Posted by Savannah Canoe + Kayak at 8:53 AM No comments:

Free and open to all.
Posted by Savannah Canoe + Kayak at 8:50 AM No comments: